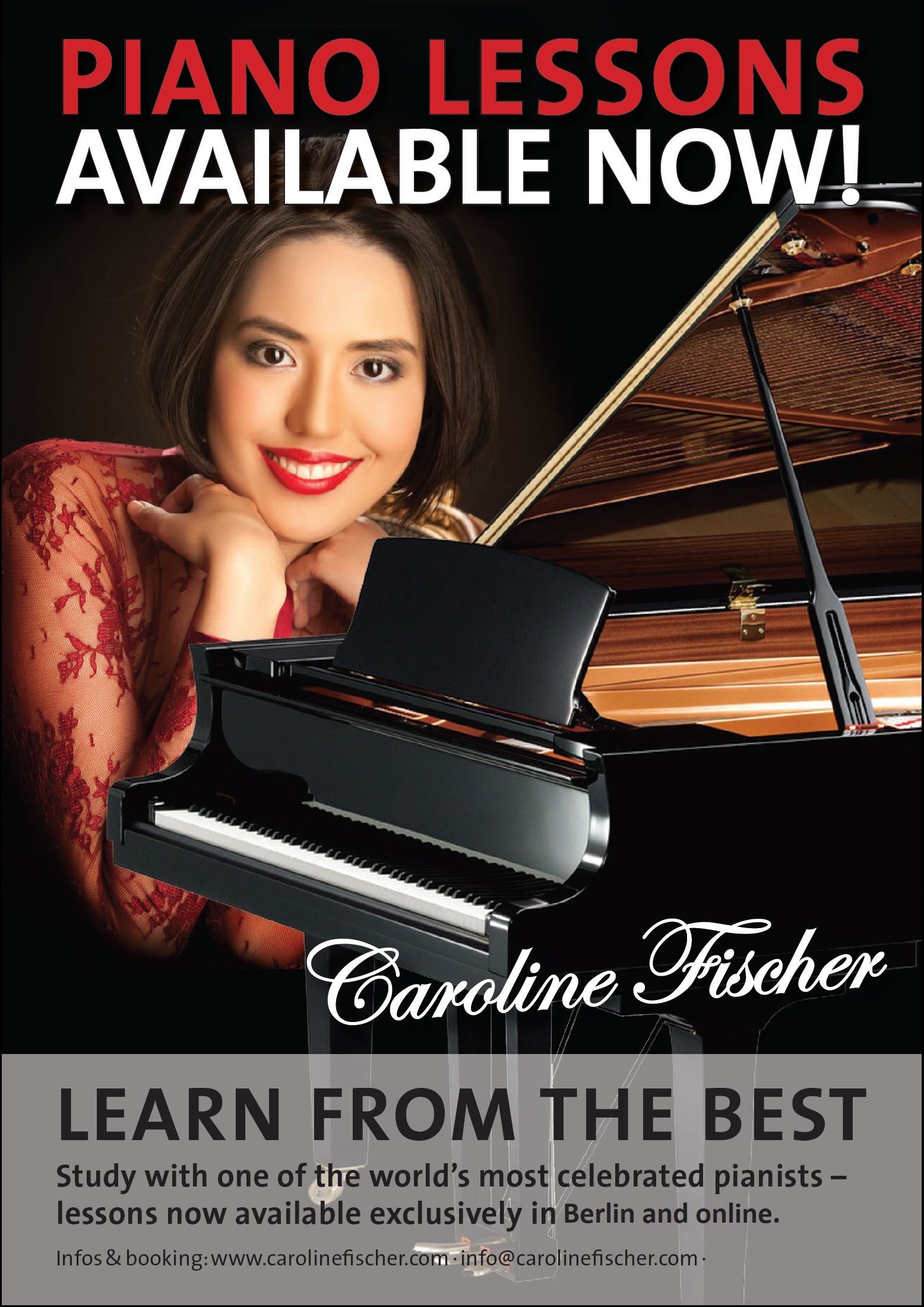 She has won 39 prizes and awards (first prizes, gold medals, audience awards) in national and international competitions and received 16 scholarships from renowned foundations. Her debut CD “Caroline Fischer Piano” (2006) her second CD “Lisztomagia” (2009) as well as her 3rd and 4th albums “Pearls of Classical Music” (2017) and “Piano Passion” (2017) were released by GENUIN classics. She was the assistant piano teacher to Prof. Einar Steen-Nøkleberg at the Norwegian Academy of Music Oslo and was appointed youngest “visiting artist“ at the Chulalongkorn University Bangkok. She has given regularly masterclasses at the Silpakorn University Bangkok and the Princess Galyani Vadhana Institute of Music Bangkok. Ms Fischer has been also invited to give masterclasses at music universities in China, Denmark, Thailand, Brunei, Chile, Panama, Costa Rica.

Individual lessons in solo piano and piano chamber music with emphasis on preparation for college and university auditions and international competitions.

© 2020 MUSICIGLOBE.COM - the Online platform for musicians.